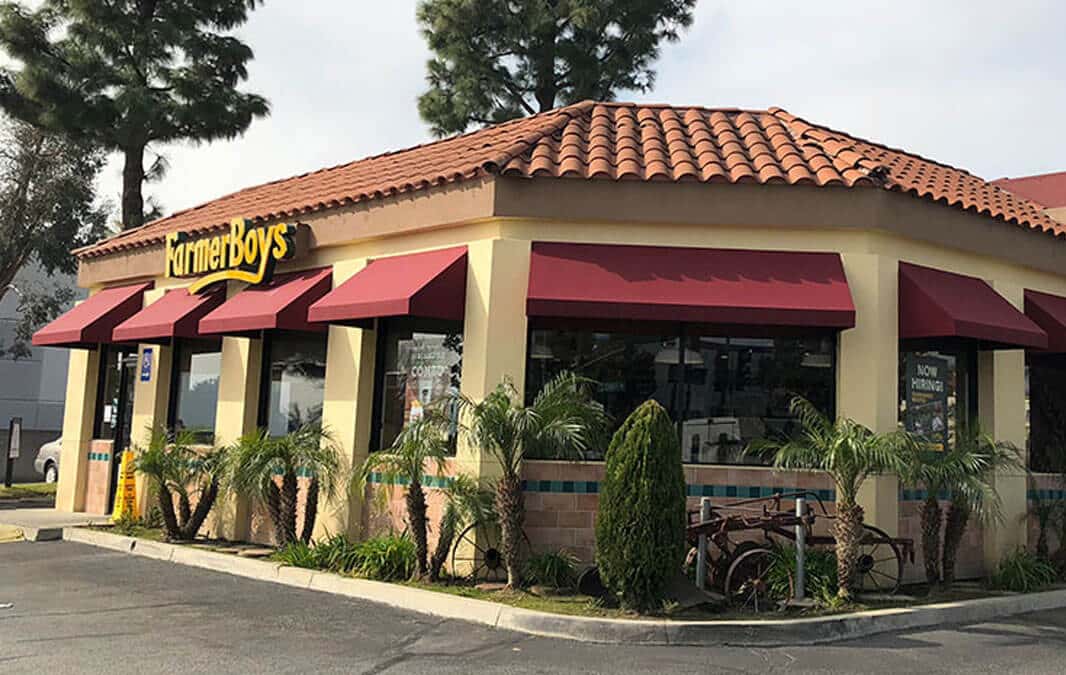 Looking for a good burger? You’re in luck: You’ll find no shortage of burger joints in Ontario, California. But if you want our two cents, you can’t go wrong with a trip to Farmer Boys.

From humble beginnings on the Mediterranean island nation of Cyprus to nearly 100 locations, including Ontario, California, Farmer Boys has become an institution of the Sunshine State. From a strong California success story to farm-fresh food and a “give-back” attitude, here’s everything we love about this chain restaurant.

“The Farmer Boys” is what friends and family called five brothers who worked on a family farm and in the family restaurant in Cyprus during the 1960s. Two of the brothers, Harry and Chris, purchased their first restaurant in California, an Astro Burger, in 1979, and two years later, the first Farmer Boys was opened. Since then, the restaurant has experienced major growth. After deciding to become a franchise in 1995, the restaurant opened its 25th location in 2003 and its 50th only two years later. There are now 99 locations across California and Nevada, 40 years after the original location was opened.

Farmer Boys has been named “Best Burger” by Inland Empire multiple times, including after launching their never-frozen, hormone-free, antibiotic-free burger known as “The Natural” in 2012.

The menu at Farmer Boys includes breakfast, burgers, salads, and sandwiches. They pride themselves on using only the freshest ingredients for customers in Ontario, California, and beyond, meaning produce is delivered at its peak, hand-chopped, and prepared to order. Cage-free eggs are used in breakfast orders, juice is freshly squeezed, coffee is ground in-house, and their famous burgers are made from 100 percent USDA ground beef.

Farmer Boys sources a number of products from local vendors, including bread from Galasso’s, dairy from Alta Dena Dairy and Thrifty Ice Cream, and fruit from Perricone Farms and Farmington Fresh Orchard.

Farmer Boys restaurants, including the Ontario, California, location, have a long history of helping their community. The organization works in connection with many local leaders and frequently hosts fundraisers for nonprofit organizations, creating flyers to help advertise and delivering a percentage of their sales directly to the groups. Previous organizations have included the Loma Linda University Children’s Hospital and LifeStream Blood Bank.

Find out the difference between “fast food” and “fresh food” at Farmer Boys in Ontario, California. For them, that difference looks a lot like a California success story, a commitment to farm-fresh food, and an active role in the community. And if you’re looking for a new apartment in Ontario with easy access to a Farmer Boys location, contact West Fifth Apartments today to take a free tour!